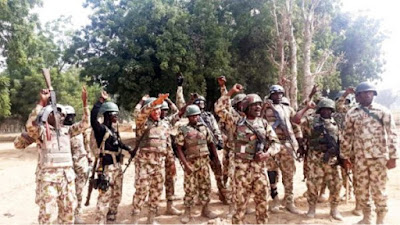 Also arrested was one Muhammed Iso, a notorious kidnapper who was intercepted in Niger Republic through collaboration with the security forces in that country.

“The bandit hails from Naagwalam in Katsina State and confessed being a member of a five-man syndicate responsible for kidnapping and highway robberies in Batsari and Jibiya areas.  It is instructive to state that the suspects arrested have been handed over to Nigeria Police and other agencies for further investigation and possible prosecution.

“It is significant to mention that subsequent operations in the forests led to the rescue of 40 abducted persons consisting of men, women and children from communities in Zamfara State”, Abiade said.