…Hearing God and doing what He sent me to do has kept me going in life.

+Why Kwankwaso is the best gift of God to Nigeria

The General Overseer of God’s First Ministries Incorporated, aka Illumination Assembly and Vice Presidential Candidate of NNPP, His Grace Isaac Idahosa has called on the youths and Nigerians at large to imbibe the culture of contentment, self-reliance and even starting small.
The Archbishop designate made this call on Sunday while recounting his grass to grace story in ministry during the 33rd anniversary of his ministry.
Recall that Illumination Assembly in 1989 was bathed in an abandoned property in a rice farm in the ancient city of Minna in Niger State, but 33 years after had grown numerically and otherwise with a membership base of over 10,000 worshippers across the country.
The 33rd anniversary celebration which took place in their Ajah, Lagos State International Headquarters had in attendance the who is who in the ranks of New Nigeria Peoples Party (NNPP), Lagos State chapter, top echelon of clergies, friends and associates to felicitate with the anointed man of Grace. 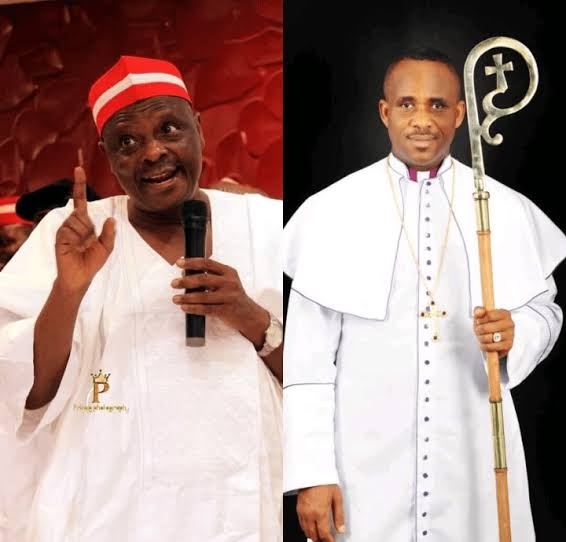 During his message in the all praise anniversary celebration, Idahosa told his congregants that if they are afraid to start something, they stand to achieve nothing in life. He admonished them not to despise days of little beginning.
Idahoso encouraged his members and Christians at large to get involved in the democratic process of 2023 general election and beyond. He advised them to make sure to cast and protect their votes.
While praying for President Muhammadu Buhari and the leadership of Nigeria, he said that he is the pastor to all Nigerians and not the NNPP along. He said Buhari has done his best but that it’s time for him to return to Daura for Rabiu Kwankwaso to come and reposition Nigeria for greatness.
The versatile author of about 16 Christian and inspirational books ceased the auspicious occasion of the anniversary to launch two of his newest endeavors, Revelation for Elevation which is a summary of What to do to Arrive your Destination in life and Grow Up, Don’t Jump Up, which encourages arithmetical progression in life. While talking about the book, Idahosa encouraged people to walk through life on the way up and how to pass through processes of life, Citing that if you jump up, the law of nature will bring you down.
Visibly overjoyed Running mate to Sen. Rabiu Kwankwaso said that being alive alone gives him the greatest fulfillment in life, while appreciating God’s faithfulness in his ministry for 33 years.
The governorship candidate of NNPP, Mr. Jim-Kamal Olarewaju was with his principal, Archbishop Idahosa all through the program and spoke glowingly well of the man of God, Send. Kwankwaso and the chances of NNPP at the forthcoming general elections.