Actor, Rotimi Salami, has enjoined the government to render more support to the country’s film industry.


In an encounter with Sunday Scoop, Salami also shared some of the sacrifices he had to make to get to where he is today.

He said, “I have made a lot of sacrifices for my career. The one that I won’t forget had to do with my education. I crossed from the faculty of Law to the Department of Sociology in order to have more time for my acting career. When I crossed to the Sociology department, I moved there as a part-time student. Even when I was in 100 level as a part-time student, I missed two exams because I had the opportunity to be featured in a movie. Unfortunately, the movies were never released. Back then, when I finished my exams sometimes, I would run back to movie sets in Agbara, Ogun State. That was the same period my hand was cut by a fan when I was in a haste to put on my cloth to go to a movie location. I recall that it really affected me and I had to rewrite a particular course.”

Salami also spoke against unhealthy competitions, saying love and harmony were what was needed to improve society. He stated, “We live in an environment where people compete with themselves. It is a common thing among Africans. We segregate and discriminate a lot, and this makes some people lose their lives. Some people merely exist like walking corpses because they have been bullied and have lost confidence in themselves. In a bid to make society better, we need to love one another more. If society cannot help you to win the race of life with love, you should be able to build it yourself.” 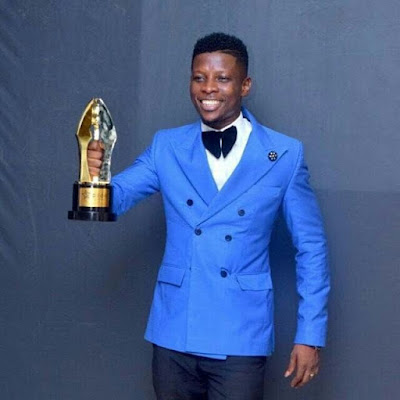 Urging the government to pay more attention to Nollywood, the actor noted that the industry created employment opportunities for many young Nigerians. He stated, “The government isn’t doing enough for Nollywood at all. Everyone is surviving on his or her own. A lot of people are in the industry because of the passion they have for the craft. Nollywood is an industry that employs a lot of people. Each day in Nigeria, several productions are done. And for every production, we have a long list of crew members and actors on set. Government is supposed to step in professionally in order to understand the industry. We need the government to help create a structure for Nollywood because this industry offers employment opportunities to a lot of people. We need a large distribution network, so that filmmakers can recoup whatever they have invested.”