Every less privileged indigene of Ebonyi State residing in Lagos is to receive the sum of N50,000 as Christmas gift, courtesy of the state Governor, Engr. Dave Nweze Umahi. This is line with His Excellency’s usual show of love to Ebonyi indigenes in Lagos since assumption of office as Governor.

This was made known to newsmen on Wednesday by the President of the Development Association of Ebonyi State (DAES) Mayor (Dr) Felix Amah Nnachi, who is also the Chairman/Chief Executive Officer of Astra Security Systems Limited, Lagos. 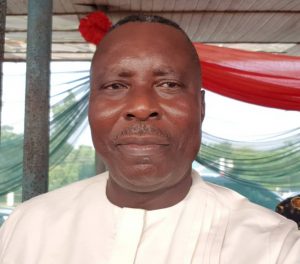 According to the DAES President, there are about 1,270 sons and daughters from the 13 local government areas of Ebonyi State currently residing in various parts of Lagos who are considered indigent by virtue of the fact that they are unemployed, under-employed or relatively self employed.

Dr. Nnachi said, the governor had earlier intended to give each of indigent Ebonyians in Lagos the sum of N20,000 as Christmas gift but surprisingly, he announced an increase of the amount to N50,000. This gesture may have been prompted by the increasing prices of goods like rice which is a common food during festivities like Christmas and New Year celebrations.

He added that as the President of Ebonyi indigenes in Lagos, the Governor had directed him to send the list of indigenes which has also been complied with, explaining that the cash was almost ready for disbursement. According to him, the money is being paid through Zenith Bank and beneficiaries have been urged to visit any of the Zenith Bank branches close to them with proof of identity.

With a total of beneficiaries standing at 1,270 and each getting N50,000 not less than N64million is leaving the Government coffers to offset the pledge.

Meanwhile, the Association according to the President, is planning to honour His Excellency at a grand event marking Ebonyi Cultural Day on January 29, 2023 in Lagos.