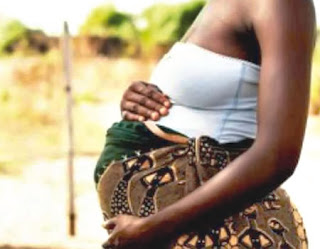 Armed gunmen suspected to be kidnappers abducted a house wife in Katura village in Denge Shuni local government in the early hours of Thursday.

A source  gave the name of the  woman as Luba Bello, who was reportedly abducted around 2:00 am at her husband house, a distance of about 15 Kilometers from Sokoto town.

The source revealed that the gunmen  numbering about seven,  stormed the Katura village and started shooting sporadically to scare people away. He also revealed that her husband was mercilessly beaten before she was whisked away.

Speaking  about the incident, the spokesman of the state police command, ASP Sadiq Abubakar, confirmed that police at Dange Shuni Division received a distress call that seven arm men at about 2:00 am, stormed Katura village and abducted a pregnant woman called Halima who is also known as Luba Bello.

According to him, “as I’m talking with you now, policemen are on the trail of the kidnappers in order to rescue the woman.

“As a matter of fact, all bushes around the area  have been combed by the police and investigation has commenced into the matter.

The police PPRO urged the general public to provide police with intelligence information so as to curb the activities of criminals.

It was gathered that as at the time of filing this report the whole villagers have relocated to Dange Shuni police office. It was also gathered that the woman is a sister to a prominent politician in the Denge Shuni local government.