The annual family Liberation conference of Grace Nation International couples with Harvest of Baby for the year 2022 has began. 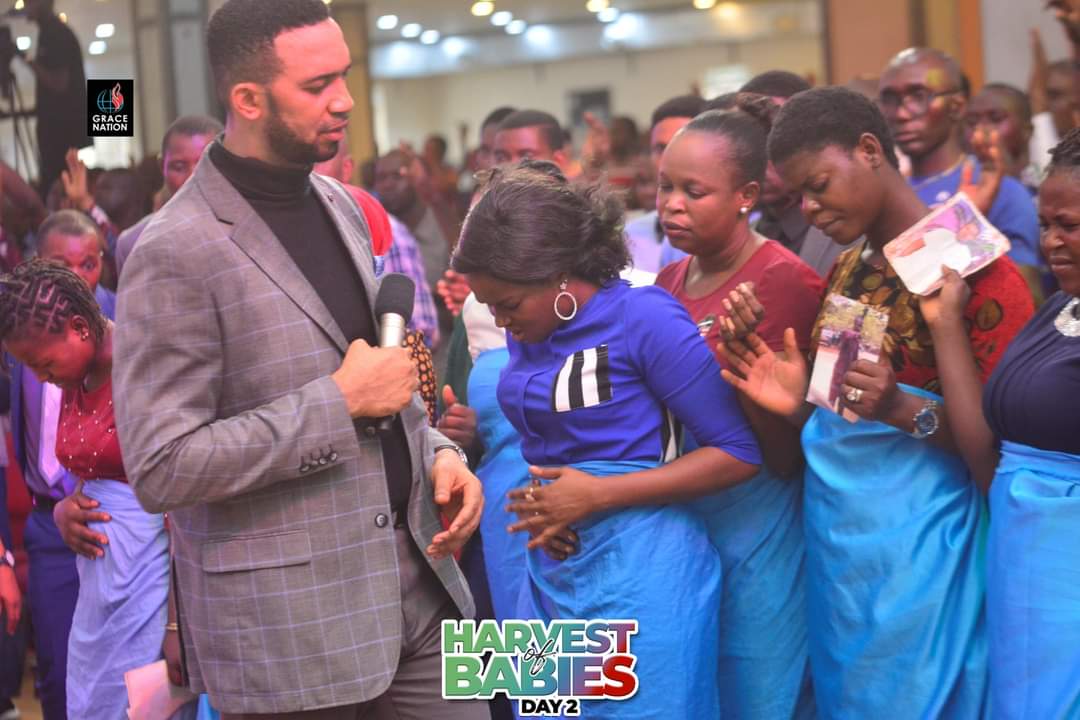 The prophetic and deliverance conference initiated by God himself has recorded tremendous unending testimonies of what God has done during Last year edition, it was reported that not less than 500 parents was in attendance to graced the magnitude conference with their miracle babies to testify to the Goodness of God and to announced to the whole world about what God of Grace Nation, the God of the Generational Prophet of God Dr Chris Okafor can do, provided you connected your heart with his words and believe.

While welcoming participants from far and near even those who came across the globe, doing this; at the International headquarters of Grace Nation at Liberation close Oshofisan street,off Edozie by Ereke Bus stop ojodu Berger Lagos.

Dr Chris Okafor who spoke on the topic BREAKING ‘THE YOKE OF BARRENNESS BY THE SPIRIT’ explained that the devil is powerless when you can see spiritually, he said God have answer some people’s request longtime ago but because they cannot see, they believe Satan is behind their problem not knowing that moment you can seen, that very moment you set self very from all form of bad situations.

The man of God remarks that familiarity are some of the barriers behind the barrenness of so many people, as he continued that if your prayer life is low because you are closer to a man of God,this will not quaranttee your safety from the hand of Satan/demons.. over 1 million miracles babies were released to expectant mothers at the day 2 of the conference, Harvest of Babies.

Some parents who testified how God located them at the last year edition of the conference said, it can only be the God of Dr. Chris Okafor who wiped their tears/shame away and makes them a Father/Mother.

Highlights of the conference was a special prayer for a Canadian based 76- years -old Nigeria woman, she was identified non- married woman as she was childless, the woman was located and prayed for, the demon behind her predicament manifested and left her as she and all her family members were delivered completely.

The Harvest of Babies conference continues tomorrow, Friday 25/03/2022 with Night of supernatural encounter, it will begin by 8pm till all break out, come with your loves one particularly those waiting for the Lord for the fruit of the womb, The God of possibilities is around, he will surely turn your situation to celebration in as much as you desire to join the Generational higher dimension prophet of God Dr Chris Okafor to Pray, your life will never remain the same