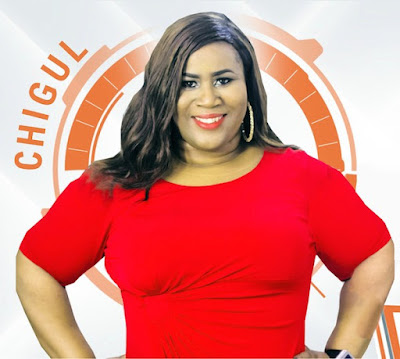 Chigul has in the last few years built a career as a comedienne, actress and singer.

Born Chioma Omeruah, the multitalented entertainer who became a viral sensation after her funny voice notes spread rapidly on social media, said she doesn’t lead her life trying to stay out of controversy.

Speaking during an encounter with SUNDAY SCOOP, Chigul said, “I am just working on being the best me at every point of my journey. I don’t lead my life trying to stay out of controversy, neither do I go courting controversy. I am all about bringing value to every situation and living peaceably with everyone. I have strong opinions about things that matter; everything else is ‘nice and easy’.

Chigul, who has featured in movies such as The Wedding Party and Banana Island Ghost, said she constantly looks for roles that challenge her.

She stated, “I am constantly looking for roles that challenge and require me to bring something different. I am satisfied with the journey so far and I look forward to new adventures. It’s been quite eventful and I am grateful that I get to do what I love.”

On the changes she would love to see in the Nigerian entertainment industry, the comedienne said, “I would like for all of us to know better and do better. Also, we need to try to show love and support one another.”