Background
As the first child and daughter of the popular broadcaster, Alhaji Rasaq Gawat, I was born to a middle-income family in the Isale-Eko area of Lagos State. I had a very religious upbringing.
I grew up with my grand mum at Isale-Eko but I never dreamt of having the kind of fame my father had. I just found myself being captivated by Islamic music.

While in secondary school, I used to go from one Islamic forum to another as a youthful Islamic singer and one of the best on Lagos Island. I was courted by many Islamic society groups to spice up their programmes and inspire the youth and adults alike in praising the Almighty Allah. I actually started singing professionally four years ago, though some think I’ve been around for much longer. I am a member of the Islamic Musicians Association of Nigeria. Some of my albums are Imole, My Father, Aye Le and Ogbe Okan. I also have songs such Agbokol’ori, Arinakore, Iyawo Obun, Ramadan Kareem (featuring 20 Islamic musicians and Nollywood actors), Alao Jowu Jowu ft Sule Alao Malaika, Odun Ayo ft Sefiu Alao, Temitope and Ogo TunTun.

My father opposed me doing music then but he later agreed before his disappearance. It is a known fact that parents don’t usually want their children to go into the entertainment world because of the obvious misconception surrounding those in the industry.

My music mirrors the challenges of today’s women, and how my faith in Allah helps to keep a balance.

Women today are known to pursue careers, as well as managing their husbands and children. Balancing all those roles could be a challenge but my music teaches women to be faithful to their husbands and take care of their homes properly.

Basically, the passion for my religion and its doctrines inspire my compositions; therefore, my music is an extension of my religion. 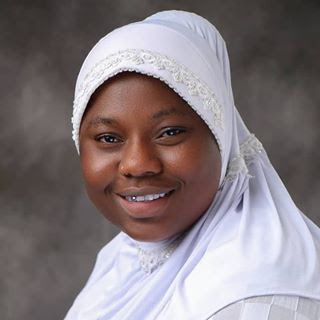 There are several challenges, especially as a married woman in this business. Managing one’s home and business at the same time is challenging because one has to turn down some events simply because one has family engagements. There are even times that one’s spouse may want one to be somewhere else, other than where one’s profession dictates. Another key challenge is the negative perception some Islamic clerics have of any woman that ventures into the business of music.

It is true that some Muslims don’t place much importance on gospel singers. But we are also using our medium to preach to the people, to remind them about the ways of Allah and to enjoin them never to forsake His ways, but rather to forsake sins and be better Muslims.

It could be the opinion of many that Islamic music is boring, but ever since I joined the fray of Islamic gospel musicians, I have tried to bring innovations and fresh ideas into my act via collaborations with some secular music practitioners with a view to blending the two genres. I can, however, tell you without any equivocation that my songs are not boring. They are highly creative, with lessons from the Holy Quran. I enjoin you to listen to all the music I have produced– I made sure that I introduced fast beats into my songs, so as to make it very melodious, rhythmic and danceable, while simultaneously passing across the message of Allah to all and sundry.

I have never been tempted to switch to secular music. I would rather quit this profession than go the other way. I am like a preacher, and my music is my message to the world. The subject matter of my music has always been on the need for people to embrace the path of Allah and forsake sins.

So far so good, it has been worth its while, and I can’t ask for more from Allah. However, the whole essence of my being in the industry is not for profit-making per se. It’s all about my passion and the need to glorify the Almighty Allah through my God-given talent, and the reward or profit is just by the side.

I have a job that I am presently working on in the studios and the title is Imole Nla. It talks about the supremacy of Allah and it will definitely make so many people appreciate, fear, adore and want to toe the path of Allah always. It will soon be released.

Aside from my music business, I also package potable drinking water in sachets and bottles. I am also involved in the massive production of ice blocks. So if I’m not in the studio or at shows, I’m always at my office.

Acts of charity have always been part of me. I love giving to people who genuinely are in need, irrespective of their religious inclination; just like my father was noted for.

I miss everything about my father. He was the best tutor I ever had. He loved and believed in me. He taught me never to look down on anybody. He told me to remain humble always because, according to him, slaves also have homes and families. He taught me to be prayerful and to always share what I have with the people around me. He is an epitome of everything that is positive and I am sure I will still see him by the grace of God.

As an Islamic singer, my style of dressing is always Islamic. I don’t expose my body. I am always covered with hijab from head to toe. However, I still try to dress elegantly, with a style that’s aligned with my tribe (Yoruba) and religion (Islam)