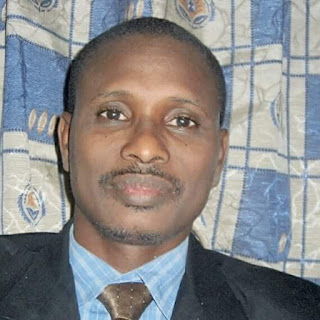 The International Press Center, IPC Lagos has joined voices with other media and civil society groups in expressing concern over the continued detention of a former Daily Trust Editor, Ibrahim Dan-Halilu held by operatives of the Department of State Services.

Director, IPC, Lanre Arogundade disclosed this in a statement signed and made available by the Program officer/ Alert Desk Officer, IPC, Melody Akinjiyan.

The former Political Editor at Daily Trust newspapers, Ibrahim Dan-Halilu, was arrested by the DSS in Kaduna State for allegedly supporting the activities of #RevolutionNow in a Facebook post.

The Director, IPC who denounced the arrest also noted that the continued detention without trial by the security operatives was illegal and unconstitutional.

He described the arrest as a violation of their right to freedom of expression and personal liberty guaranteed by Sections 34, 35, 39 and 41 of the Nigerian constitution as well as Article 5, 6 and 12 of the African Charter on Human and Peoples’ Right Act.

“The recurring  developments underscore the remarkable fact that even after twenty years of ceaseless democracy, the government can still create subtle censorships to muzzle journalists and other independent voices at the faintest criticism.” Mr Arogundade lamented.

However, the International Press Center, IPC also demanded that all charges be dropped against all journalists arrested, detained and charged over the protest.