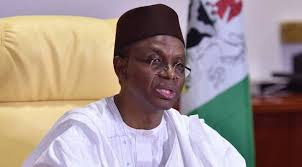 Kaduna State Governor Nasir El-Rufai on Wednesday laid a foundation for the construction of Galaxy Mall‎ worth N3.9bn to be built within 18 months in the state. The Governor said the Mall is a public-private partnership between the State Government, Amsalco, a private firm and the United Bank for Africa.

Speaking at the Contract Signing and Groundbreaking Ceremony for the Galaxy Mall, El’rufai said the Mall is being built on four hectares of land and will have 7,491 square metres of lettable space.4

He explained that upon completion, the mall will have space for one major anchor tenant, three cinemas, six restaurants, 48-line shops and over 360 car parking bays. “Having a decent mall in a city is a quality of life issue, giving people more options for shopping and relaxation.

But a mall also expands economic opportunity, for farmers, suppliers, sellers and the workers that will be recruited to build it and to run the facilities therein. Therefore, we expect that this project will be completed on schedule,” he said.