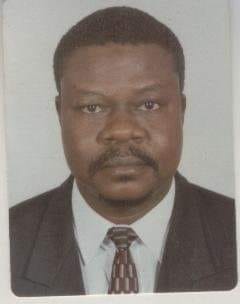 Wednesday, 10th April, 2019 shall remain indelible in the lives of the household of the Daniju family as the patriarch of the family was buried at Gudu Cemetery in Abuja. Alhaji Daniju became yet another of the many victims of the rampant insecurity in Nigeria as he was abducted alongside many others just after Lokoja in Kogi State, on his way to Abuja. A devout Muslim, he is reported to have developed health complications soon after his abduction and was believed to have died without even making it to the hideout of the Kidnappers.

His death, however, did not stop his abductors from still demanding a ransom for his release – knowing fully well that he slumped and was left to die in the bushes. Described by many as a very generous giver in his days of buoyancy, 100s of friends turned up at his burial two days ago with all wearing truly sad faces. May Allah accept his return, overlook his shortcomings and admit him into His presence.

“in attendance at the burial was one of the co-kidnap victims who was released earlier following payment of ransom.

He confirmed to us that their vehicle (a public transport) was stopped at exactly 5:05PM when all the occupants were marched off by the Kidnappers. (Note: 5:05PM not AM).

This person recognised the late Daniju very well and actually helped in locating the body. He informed us that Alhaji Sat in the front next to the Driver.

He confirmed that our brother developed health complications on their way to the hideout and was actually left behind in the middle of nowhere. As such, he did not make it to the hideout at all. They took his phone which they used in making contact.

He confirmed that the Kidnappers were all Muslims who diligently observed their salawat. One of the brothers who took part in the negotiation for the ransom confirmed that on one occasion, he was told to call back as they (the Kidnappers) needed to observe Dhuhr. It is believed that at least one of them observed Tahajjud.

Note that even though no one was able to speak with the deceased since the very day he was abducted, the ransom was none the less raised within the deadline set and we made real attempt to hand it over. This operation failed because the messenger got lost in the forest and feared for his life.

In any case, by all account, our brother was already dead even before the request for ransom was made. This is why no one was able to speak with him throughout this ordeal.

The singular reason for this level of details is to let people know that Alhaji Daniju was not killed because ransom was not paid on time. No. He died most likely on the very day his group was kidnapped. And even then, we made a genuine attempt to pay the ransom.

Mrs Daniju and some of the children were present at the burial.