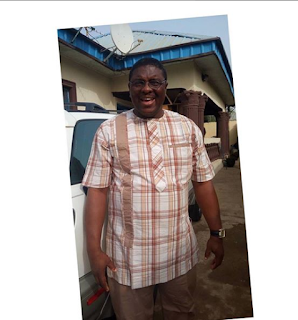 A medical doctor Dr Adeyemi Ayeni, has died while trying to rescue two electrocuted teenagers in the Surulere area of Lagos.

The incident reportedly happened on Sunday, August 11, 2018, at No. 68 Bank Olemoh Street, off Akerele Street, Surulere.

It was gathered that the deceased had gone to visit members of his extended family during the Eid-el-Kabir.

It was gathered that Ayeni was trying to rescue two teenagers, who had suffered electric shock in the compound of the family house, when he was also electrocuted.

While the teenagers were rescued, efforts to revive the doctor proved abortive.

On a visit to the family house, the wife and sister of the deceased were too distraught to talk.

However, a family source, who spoke on condition of anonymity, said the 51-year-old Ayeni, who was resident in Nasarawa State, came visiting with his nuclear family in line with his yearly tradition.

He added that the deceased already bade neighbours farewell for his return journey when the incident happened.

The source said, “Doctor came to visit his family members, who still live here in Surulere, during the Eid-el-Kabir celebration. Though he was a Christian, he used to come around to celebrate with us yearly even after our parents had passed away.

“He was supposed to leave on Sunday and he already bade neighbours goodbye. He was just taking a nap when someone woke him  up that two persons had been electrocuted.

“I guess he was not yet conscious when he grabbed them and he was also electrocuted in the process. The teenagers are now okay, but by the time the doctor was taken to hospital, he was pronounced dead. He was taken to two other hospitals, but they couldn’t revive him. Family members couldn’t accept the reality of his death dead and they tried different methods to revive him but none worked.”

When the state Police Public Relations Officer, Bala Elkana, was contacted, he said the incident was not reported to the police.