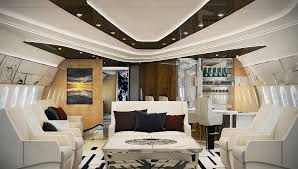 About $56million of the $1.09billion Malabu Oil Block cash was used by a former Minister of Petroleum Resources to buy a jet.

The aircraft has been traced to Dubai in the United Arab Emirates.

Four anti-corruption organisations have petitioned the Economic and Financial Crimes Commission (EFCC) demanding the seizure of the jet.

These disclosures were contained in the petition sent to the EFCC by the four groups.

They alleged that the jet was said to be worth 56million dollars.

In the petition, which was addressed to the Acting Chairman of the Economic and Financial Crimes Commission (EFCC), Mr. Ibrahim Magu, the anti-corruption groups said the jet was bought with proceeds of corruption relating to the fraudulent sale of OPL 245.

They demanded the retrieval and forfeiture of the jet by the Federal Government through the EFCC.

The four anti-corruption crusaders, which attended the court proceedings in Milan, said their position was strengthened by “findings from the on-going international corruption case taking place at the Milan, Italy Court”.

The petition said: “The investigation focused on the sales of OPL245 to Eni and Shell. It also involves grievous allegations of corruption linked with several serving and former company managers, including Nigerian politicians.

“Prosecutors in Milan were told by a former Federal Bureau of Investigation (FBI) agent, Debra LaPrevotte and Ten. Col. Alessandro Ferri both involved in the investigations of the case, that 56 million USD of proceeds of corruption was used by the former minister for the purchase of a private jet in Oklahoma City, USA.

“What we heard from testimony in the court confirmed the information enclosed in a table produced by the FBI, and already disclosed as a public document in the court case, Crown vs. Malabu Oil and Gas, which was held at Southwark Crown Court in London, UK; namely that proceeds of the OPL 245 deal were used to purchase a Bombardier Global 6000 private jet with the registration number M-MYNA”

“This aircraft is listed as registered to Tibit Limited (BVI) and registered in the Isle of Man. The FBI table notes that the aircraft purchase was made from Insured Aircraft Title Services, Oklahoma City, US. We note that the company appeared in a 2010 investigation by the US Senate Homeland Security and Government Affairs committee, Permanent Sub-Committee on Investigations, regarding their role in the purchase of aircraft by PEPs.”

They alleged that “the individuals connected to Tibit Ltd, a BVI company involved in selling several Bombardier 6000 jets, have been the subject of a court case with the Australian Tax Office.
Read also: Malabu Oil deal: FG claims $1.975b against JP Mogan, Shell, Eni

“The report related to the Panama Papers has also raised questions about the Bombardier sales.”

The anti-corruption organisations urged the government to seize the aircraft.

They said: “The aircraft’s most recent flight, according to public aircraft tracking websites, was from Paris to Dubai airport on the 7th June 2017. The aircraft appears to have remained in Dubai since.

“There is, therefore, reason to believe that the jet is still in Dubai airport and could be frozen by competent authorities as possible proceeds of crime.

“We kindly urge you to verify this information and take appropriate steps, including asset freezing and forfeiture, where possible, under the 2018 Mutual Legal Assistance in Criminal Matters between Nigeria and United Arab Emirates.”

The OPL245 is an offshore oil block with about nine billion barrels of crude.

Although the Nigerian government received only $210 million as Signature Bonus, about $1.092 billion was traced to a London bank account which was suspected to be slush funds allegedly used to bribe some middle men and politicians in the country.

A former President was accused of benefiting about $200 million from the Malabu oil deal.

About $523million of the  $1.092billion paid for the block was shared out as bribes to some former ministers and politicians.