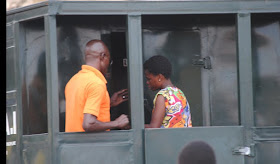 Petty offenders will no longer be sentenced to prison terms, the Chief Judge of Lagos State, Justice Opeyemi Oke, has said. She spoke on Monday (yesterday) at the official presentation of the two practice directions, the ACJL Practice Direction and Restorative Justice Practice Direction, held as part of efforts to ensure effective justice system.

“So long as they are prepared to take responsibility for their actions and the harm they have caused system,” she said.

Justice Oke said the magistrates’ courts, which would use the practice directions, would focus on reconciliation with the victim and community at large, rehabilitation, restitution and repair of the harm done and would as much as possible, under the law, impose non-custodial sentences, including fines, restitution orders, community service orders and so on.

The chief judge said the documents marked a history era in the criminal justice administration in the state.

“Today in Nigeria, we have seen countless cases where defendants are arrested for minor offences of burglary, wandering, two fighting and so on; they are locked up in our prisons for the flimsiest reasons and join the teeming population awaiting trial. In fact, the awaiting trial inmates account for more than 75 per cent of the inmates in our prisons today.

“They are in our prisons with hardened criminals and by the time they come out, they have been initiated into a life of crime and are ready to spread terror, death and destruction in their post-prison escapades,” she said.

Justice Oke said Lagos State has been at the vanguard in terms of criminal justice reform when it passed the ACJL in 2007, amended it in 2011, adding that other states have always followed suit, adopted and improved upon it. 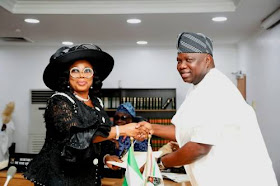 “Now Lagos State is going further with these new practice directions to realise the goal of expedited trials, improvement in the case disposal rates and hopefully this will culminate in the decongestion of our prisons.

“These practice directions are being launched today in keeping with my vision to ensure speedy resolution of our criminal cases and the entrenchment of restorative justice in the administration of justice in Lagos State, to create more avenues for access to justice and a holistic approach to criminal justice administration,” she said.