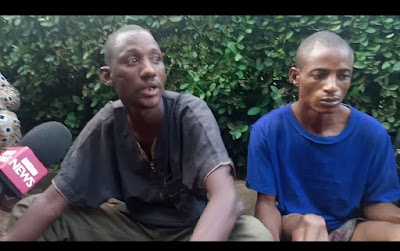 This comes as another Catholic priest allegedly escaped assassination by unidentified gunmen in Enugu yesterday.Unidentified gunmen had killed Reverend Offu and Father Ugwu on August 1 and March 14, 2019 respectively.

The police also paraded suspected kidnappers of the traditional ruler of Obom-Agbogugu in Awgu Council, Igwe Sunday Orji and his wife, who were abducted on Sunday, August 3, 2019 along the Enugu-Port-Harcourt Expressway.

Meanwhile, barely two weeks after Offu was killed, another Priest, Reverend Father Chimezie Ani was attacked, but he escaped by the whiskers along Ugwuomu road after Caritas University. The gunmen, who were said to have been chasing another vehicle when Father Ani’s car ran into them, shelled him with bullets and had the windscreen of the car shattered.

Ani, who spoke to our correspondent yesterday, thanked God for his mercy and protection that enabled him to escape from the assailants. He said: “The attack happened after Caritas University towards Ugwuomu that I ran into them firing at the SUV in my opposite direction, but miraculously I drove on the reverse for a long distance before turning.”

The state’s Commissioner of Police (CP), Suleiman Balarabe, who paraded the suspected killers of the priests with other 30 suspects arrested for various criminal offences, said the command had devised ways to protect Catholic priests from such attacks in future.

He said: “Ibrahim Adamu, 25 from Taraba State and Idris Tobe, 28 were arrested in connection with the killing of Father Offu, while three other suspects are still at large.

“And for the kidnap and murder of Secretary of Uzo-Uwani Council Area, one Idris Umaru was arrested in connection with the killing.”
On the kidnap of Orji and his wife, Balarabe said three suspects namely: Garba Basulugu, Mohammed Lagu and Mojunpan Duna, were arrested in connection with the incident, promising that those who attacked Father Ani would soon be arrested as his men were already after the hoodlums.