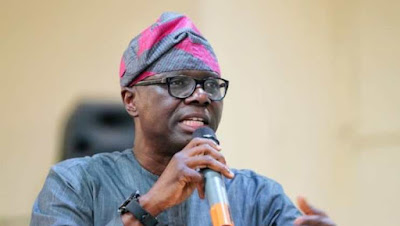 The Lagos State House of Assembly yesterday at plenary confirmed 35 out of 38 of Governor Babajide Sanwo-Olu’s nominees for commissioners and special advisers after the final screening by the whole House and adopting the recommendation of the ad-hoc committee on screening as the resolution of the whole House.

The three nominees who were denied confirmation are: Prince Olanrewaju Sanusi, Mr. Obafemi  George and Ms Adekemi Ajayi-Bembe, although the speaker said the governor was at liberty to represent them to the House.

The committee report which was read by the chairman of the ad-hoc committee, Chief Whip, Hon. Rotimi Abiru recommended that the nominees be confirmed by the whole House according to section 192 (2) of the 1999 Constitution as amended.

The Speaker of the Assembly, Hon. Mudashiru Obasa, however, cautioned the cabinet designate that the House would not hesitate to pass a vote-of-no- confidence on any member of the state cabinet found wanting after they assume office.

The rejection and confirmation were done through a voice vote supervised by the Speaker.