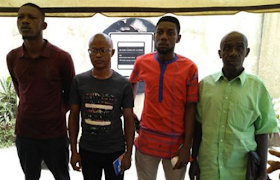 Sixty-one-year-old Thomas Onnoghen, Yusuf Ajibade, Elisha Isaac and Sodiq Hassan were convicted after pleading guilty to the charges against them.

“Lagos State Traffic Management Authority (LASTMA) will give this judgment publicity so that people will know that once you’re found to have contravened Section 27 of the Traffic Law, you will be penalised. It doesn’t allow for usage of discretion. So, having been found guilty, your vehicle shall be forfeited to the Lagos State Government.”

Speaking with The Nation yesterday, LASTMA General Manager Olawale Musa said no fewer than 40 vehicles had been forfeited to the government in the last few weeks.

The forfeiture, he said, was meant to deter others from driving against traffic.

Noting that many people have lost their lives to one-way drive, Olawale said: “By the time we start plying one-way, we compound traffic problems, it becomes very difficult for the officers to handle, and it is also very dangerous for passers-by.

“We really need to tame this tide and this is why we are telling the public to stop plying one-way. There are vital things we must learn before you drive on the road. It is not when you get to the road that we begin to teach you the road signs. If you do not know the rules, please do not play the game.”

He said some of the offenders arrested last year absconded, hence the delay in their trial.

According to him, they cannot be tried in absentia.

The offenders appealed to the government to temper justice with mercy.

Hassan told The Nation that “I was going to work in Apapa and there was traffic. I got a call that my wife, who is an asthmatic patient, had an attack. I had to follow one-way to save her life. I know I am guilty. I’m just appealing to the government to help me so that I can get my car back. I use it as a private car. If I lose this car, it will affect me and my struggling family.” 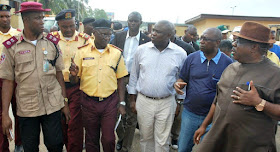 Ajibade said he was caught at Ijora Olopa driving against traffic.

He said: “The trailers blockade the road. I thought it was the best thing for me at that time to ply one-way. I saw that the road was totally blocked. My car is Toyota Paseo, KRD 332 BP. I’m a businessman. I use the car to do business. I sell provisions. I used the car to get the goods to my customers. I admit that I’m guilty. I already know my offence. I plead with the Lagos State Government to show mercy and forgive me. I promise this will never happen again in my entire life because since when this car has been taken away from me, my business has stopped. It has affected everybody in my family seriously. I was arrested on August 2, 2018. The car is worth N550,000.”