Egypt international, Mohammed Salah made only 19 appearances for London outfit, Chelsea but the midfielder has fond memories of his time there, however, John Obi Mikel has been surprised by the Liverpool star’s development since they played together at Chelsea. 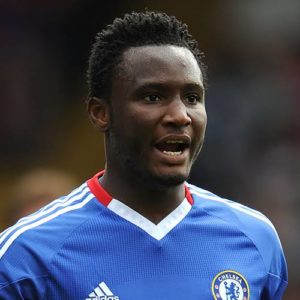 The pair spent two years together at Chelsea after Salah moved to Stamford Bridge from Basel in 2014.

But in February 2015 the Egypt star was loaned to Fiorentina before spending the 2015-16 campaign at Roma, who signed him outright in the summer of 2016.

The forward excelled with the Giallorossi and soon ended up back in England, joining Liverpool in 2017. 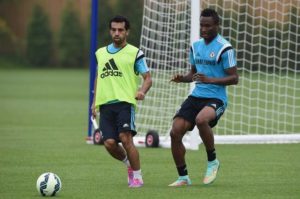 Now a two-time Premier League Golden Boot winner, Salah has also claimed the Champions League, UEFA Super Cup and Club World Cup titles as part of Jurgen Klopp’s team and is widely regarded as one of the best players on the planet.

Having made just 19 appearances with Chelsea, however, Salah did not live up to the same hype in London but he made a big enough impression for a Blues stalwart like Mikel to take notice.

The 33-year-old midfielder, who enjoyed over 11 years with the Blues, says he has fond memories of his time with Salah.

“When Salah came to Chelsea, he was a young boy, but he had a nice personality and everyone loved him,” he told OnTime Sports.

“He was very disciplined, we were close friends, talking a lot and joking a lot, he was a good friend.”

“I believed in his development, but frankly I did not imagine that he would reach the quality that he has now.”

Mikel left Chelsea in 2017 after making over 370 appearances to join Chinese Super League side Tianjin TEDA and returned to England in 2019 with Middlesbrough.

The Nigeria international spent just a short time with the English side and played just 19 times before making the switch to Turkish side Trabzonspor on a two-year deal.

He is now without a club, having been let go by the SuperLig team in March and he says he would be open to playing for a team in Egypt.

“Playing in the Egyptian Premier League? Why not? I am a professional footballer and everything is possible. I never ruled anything out.”