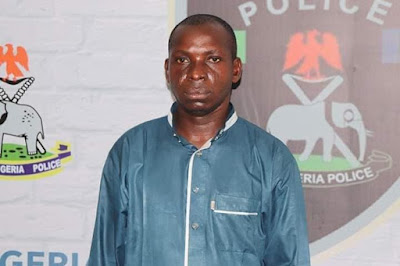 Suspected Taraba millionaire kidnapper Hamisu Wadumewho has been rearrested  by the Police IRT team has confessed that his escape from the scene of the killng of three Police Operatives in Taraba State was made possible by the assistance of Soldiers.

Wadume made this disclosure in a 67 seconds confession video now in circulation which he spoke in Hausa.

“My name is Hamisu Bala, popularly known as wandume. I was the one arrested by the Nigerian police force, as they were taking me away, the soldiers chased after us while shooting,

in the process some police lost their lives.””They (soldiers) took me to their base where my handcuffs were removed and I escaped.””Since then I have been hiding, and not until now that I was rearrested by the police and taken to custody”