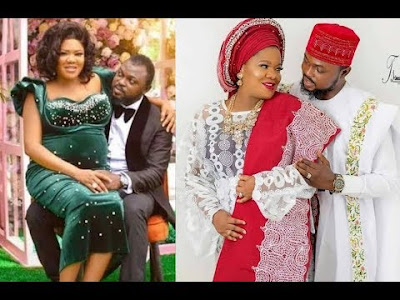 There is an indication that, contrary to reports currently trending online, popular Nollywood actress, Toyin Abraham’s marriage to Nollywood actor, Kolawole Ajeyemi, is yet to be completed.

Abraham’s manager and spokesperson, Samuel Olatunji, in a telephone conversation with our correspondent on Thursday, shed some light on the actress’ current marital status.  “I don’t know where the information in those reports came from, but Toyin and Kolawole only just got engaged the traditional way. This is not the same thing as being officially married,” he said.

Olatunji also disclosed that pictures of the presumed wedding event, which appeared on various social media platforms on Wednesday, were actually taken during the couple’s traditional introduction and engagement ceremony held on July 4, 2019.

The engagement, our correspondent gathered, was a very private affair with only the relatives and a few close friends of the love birds in attendance.

Before then, Toyin and Kolawole had been sighted together in public on different occasions. This had initially given rise to a rumour that they were both neck deep in a romantic relationship.

It was also rumoured that the actress, who was pregnant, had given birth to a baby boy, her first child, on Wednesday. However, a report by the News Agency of Nigeria claimed that she put to bed after pictures of her alleged wedding appeared on social media.

NAN also reported that friends and colleagues of Abraham had taken to the social media to congratulate her on the birth of her son. Many had expressed their joy by posting photographs taken during her baby shower. One of them, the agency claimed, was fellow ctress, Iyabo Ojo, who wrote, “This is the Lord’s doing and it is marvelous in our sight.”

Before the current development, Abraham, who was previously married to Nollywood actor, Adeniyi Johnson, between 2013 and 2015, had shocked her fans by deleting her previous posts on her personal Instagram page, thereby giving the impression that she was about to start a new chapter in her life.

The Auchi-born actress and movie producer, who is clearly enjoying a flourishing career, had yet to make an official statement regarding her marital status as of the time of filing this report.