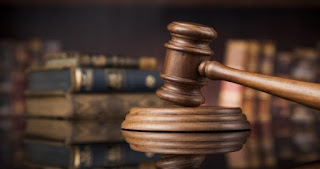 A British court has approved the seizure of $9 billion Nigerian assets by Process and Industrial Development Limited (P&ID) over a failed gas project. Wire service reports suggests the judgement by the enforcement order in favour of P&ID was granted by a Commercial Court in London on Friday.

Reuters quoted Andrew Stafford Q.C. as saying after the judgement on behalf of the company that: “We are pleased that the Court has rejected Nigeria’s objections both to the arbitration process and to the amount of the award and that it will grant permission to P&ID to begin enforcement of the award in the United Kingdom.
“The Court has ruled decisively in P&ID’s favour and has comprehensively rejected Nigeria’s efforts to avoid payment of this award of over $9.6 billion.” “P&ID is committed to vigorously enforcing its rights, and we intend to begin the process of seizing Nigerian assets in order to satisfy this award as soon as possible.” The involved an agreement in 2010 to build a gas processing plant in Calabar as part of its ccelerated gas development project of OMLs 67 and 123.

The Irish firm claimed it incurred $40m in preliminary expenses after Nigeria failed to meet up on its obligation to the deal, and interest payment accumulated to the $9.6bn, which is 20 per cent of Nigeria’s foreign reserve. Lawyers representing the Nigerian government in the matter had argued that the award should not be enforced because England was not the correct place for the case, and even if it were, the amount awarded was “manifestly excessive.”

Mr Justice Butcher of the Commercial Court rejected these arguments and said he would “receive submissions from the parties as to the precise form of order appropriate ” “P&ID is committed to vigorously enforcing its rights, and we intend to begin the process of seizing Nigerian assets in order to satisfy this award as soon as possible,” said Andrew Stafford, Q.C. of Kobre & Kim, which represents P&ID.”

The Solicitor General of the Federation and Permanent Secretary in the Ministry of Justice, Dayo Apata did not respond to telephone calls. But Reuters quoted him as saying Nigeria will appeal against the decision.