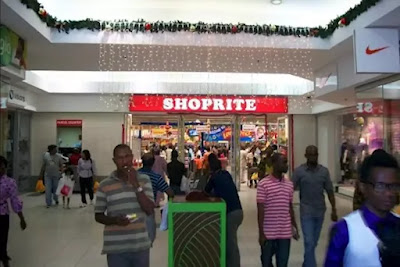 Irked with the maltreatment of Nigerians in South Africa, Nigerians in Lagos have stormed a Shoprite outlet in Lekki, destroying goods and properties meant for sale.

This was in retaliation to a fresh attack launched against Nigerians in South Africa yesterday. Recall that South Africans have been killing and maltreating foreigners especially Nigerians living in their country.

Mission blames increased attacks on Nigerians in S/Africa on lack of prosecution of culprits(Opens in a new browser tab) Yesterday they attacked, looted and burnt business shops and properties belonging to foreigners and in the process killed three people, while another is still receiving treatment for smoke inhalation.