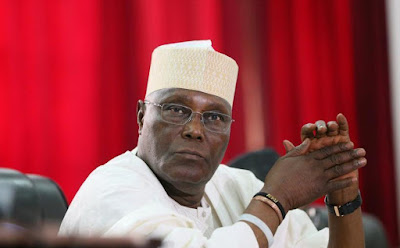 The federal government yesterday cautioned the opposition Peoples Democratic Party (PDP) and its presidential candidate, Atiku Abubakar, against committing treasonable acts in their desperation to take over the presidency through illegal means.

Minister of information and culture, Alhaji Lai Muhammed, told journalists yesterday in Abuja that the former vice president, Atiku, had activated plans to replicate the Venezuelan situation in Nigeria, adding that the federal government would not condone such.

The PDP has, however, rejected to the minister’s statements, saying the accusation was trumped up by the ruling party to undermine Atiku and his request to claim his mandate through the court.

It is the Venezuela experience that the federal government has accused Atiku of trying to replicate in Nigeria out of his desperation for power. According to the information minister, the sudden appearance Atiku’s posters and the hiring of US lobbyists by the PDP presidential candidate were indications of desperate measures by the former vice president.

He contended that the appearance of the posters coincided with the media report that Atiku had hired a US lobby firm to convince the United States not to recognise the re-election of President Muhammadu Buhari until the Supreme Court had ruled on the suit by the PDP presidential candidate challenging the outcome of the presidential poll. “The posters and the hiring of US lobbyists, the latest of such by the PDP candidate, have triggered questions about what Alhaji Abubakar is up to,” Mohammed stated. The minister, however, urged Atiku to stop overheating the polity and quit trying to instigate a political crisis in Nigeria.

The minister also warned that political circumstances in the two countries were clearly different and such the Venezuelan model cannot apply to Nigeria. “Alhaji Atiku Abubakar has the right to do whatever is lawful to challenge the outcome of that election. But he cannot get through the back door what he couldn’t get through the front door. That will be a pipe dream,” he said. Although, the minister acknowledged that the government was aware of media reports that Atiku had on Wednesday distanced himself from the posters that were circulating in Abuja, he said that if the media reports were right, it means that the former vice president had suddenly realised the grave implication of his actions and hence decided to beat a quick retreat before it was too late.

Muhammed added that Atiku, as a self-avowed democrat, should realise that the only lawful channel for challenging the result of an election was through the courts rather than resorting to self-help, which is an act of desperation that will definitely attract dire consequences. “Has he rescinded his decision to challenge the results of the presidential election in court, perhaps, after realising that the results he claimed to have obtained from the INEC back server are cooked? Is he now going for self-help? What really is Atiku’s motive?” Peoples Democratic Party PDP logo Peoples Democratic Party PDP

“There is no doubt that the PDP presidential candidate, out of desperation, is thinking of replicating the Venezuelan model right here in Nigeria. But he should realise that Nigeria is not Venezuela, and that the situations in both countries are not the same,” the minister stated. For Atiku to seek US recognition as the winner of an election that he lost by almost four million votes was unconscionable, he said, adding that the government of US had joined other countries to acknowledge President Buhari victory after the declaration of the presidential election.

“Let me read a part of the statement by Michael Pompeo, the US Secretary of State: ‘We commend all those Nigerians who participated peacefully in the election and condemn those whose acts of violence harmed Nigerians and the electoral process. “We note the assessments of international and domestic observer missions affirming the overall credibility of the election, despite localised violence and irregularities. Going forward, the United States remains committed to working together with Nigeria to achieve greater peace and prosperity for both our nations.’ I think that says it all,