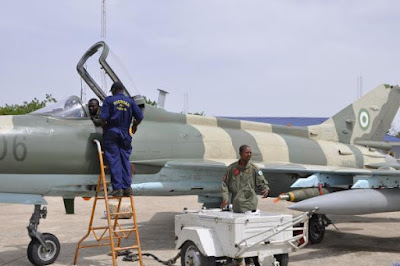 Zamfara  Council  of Chiefs on Thursday said many innocent villagers had been killed in misdirected air strikes  by the military in the ongoing fight against bandits in the state.

The News Agency of Nigeria reported that the Emir of Bungudu, Alhaji Hassan Attahiru made the disclosure at the end of an emergency meeting of the council, on Thursday in Gusau, the state capital.

He said, “The council noted that airstrikes undertaken by the military did not hit the main camps of the bandits.

“Reports from Mutu in the Gusau and Tsafe Local Government Area,  Tangaram in the Anka LGA and Dumburum in the Zurmi LGA, among others, indicated that the areas shelled were not the actual hideouts of the bandits and the victims were innocent civilians.”

The council said efforts to end banditry in the state would only be achieved “if the main camps of the bandits are taken over and security personnel stationed there for a considerable period of time.

“This will deprive the bandits territory, mobility and supply routes, thus securing all surrounding areas.”

“Failure to do this will make his statement false and an attempt to tarnish the image of the traditional rulers and thereby making them scapegoats for the inability of the military and other security forces to end the scourge.”

The council said  the traditional rulers had always cooperated with government and security agencies in providing information on location, routes and names of persons engaged in such criminal activities.

“Unfortunately, the military and other security agencies have failed to be on top of the situation.

“We will not shield anyone and we will want any suspect however highly placed to be arrested and prosecuted, ” the council  said.

NAN reports that the meeting, chaired by council Chairman and Emir of Anka,Alhaji Ahmad Muhammad, was attended by all the emirs in the state.