Rhema Deliverance Mission Lagos was thrown in joyful mood on Sunday 4th December as the rave of the moment and Labour Party Presidential Candidate, Mr. Peter Obi stormed the Iba-Igando Road based Rhema Miracle Cathedral to celebrate the 22nd anniversary of the Church and 2022 Annual Thanksgiving with the them. 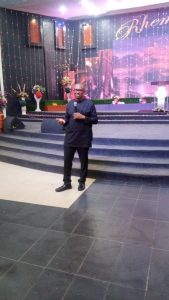 The anniversary celebration with the theme, Great is Thy Faithfulness, which took place between Friday 2nd and Sunday 4th December, 2022 had Mr. Peter Obi, Arch. Gbadebo Rhodes-Vivour, Hon. Lanre Ogunyemi, and Bishop Dr. Chidozie Nwachukwu as Special Guests of Honour. 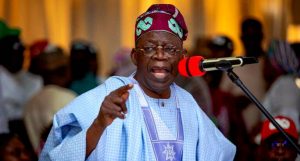 Rhema Deliverance Mission is a prophetic and deliverance church with the mandate of setting the captives free from shackles of satanic manipulation and setting them on the path of salvation. 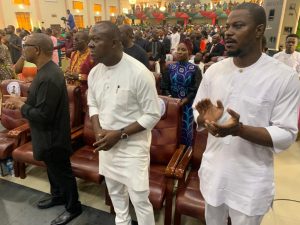 As the nations insecurity challenges, excruciating hardship and demonic attack on destinies and finances exacerbates and defies every conventional solutions, spirituality and Gods intervention has become imminent hence, Rhema Deliverance Mission is one of the most sort-after churches at this time for lasting solutions. 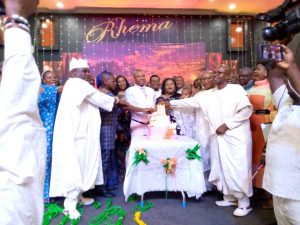 Speaking with newsmen, the Senior Pastor, Rhema South West, Prophet (Dr.) Anene Nwachukwu said the celebration is about appreciation of Gods faithfulness on His people over the years. The Oracle as he is fondly called recounted the history of humble beginning of Rhema Deliverance Mission Lagos about twenty two years ago in just one room and from that humble beginning God has so lifted His people and repositioned the church to a glorious heights.

Anene noted that steadfastness, resilience and grace has seen the church grow both spiritually, materially and numerically over the years.

When asked if his church is supporting Peter Obis candidature for Presidency, Anene opined that his invitation of Obi to grace his anniversary is apolitical, noting that Peter Obi has been his long standing friend even before he became the governor of his home state, Anambra. He however said that in as much as Peter Obi is didnt come to Rhema for politics, that he is ably qualified in every respect to be the President of Nigeria.

Anene said Peter Obi is youthful, accountable, articulate, responsible, well gifted in human capacity and economic management and was the best Governor during his reigns in Anambra where he did exceedingly well in the areas of Education, Security, Infrastructural development, etc.

The Man of God said, Though a solution to Nigerias problems will come from the East but any of Peter Obi and Asiwaju Bola Ahmed Tinubu will be very good for Nigeria at this time.

He said that Asiwaju Tinubu in his own rights equally did well as the governor of Lagos State and over the years has equally built a network of technocrats around him and he has no doubt that he will make a good leader for the country.

He noted that it would be wrong for a Fulani man to succeed President Buhari after his eight years rule that its only logical for power to shift to the south.

He further said that Rhema Deliverance Mission is a house of God and as such every aspirant is open to visit the church, either for spiritual guidance, prayers or to meet the people but that he will never stampede his members on whom to vote but will only encourage them to make good decisions back by spiritual guidance in choosing the next leader for the country.

Anene said that at this point Nigeria needs a God fearing President who will lead the country to the path of productivity, security and economic stability, and reunite the people to see ourselves first as Nigerians.

Speaking during the service, Mr. Peter Obi encouraged the congregants to always remember Nigeria in prayers so the country can have a peaceful 2023 general elections and as well pray for people in authority to make good use of their positions for the interest of the people.

Obi further opined that he loves Nigeria and Nigerians, that Nigeria needs a leader that will use the public funds for the development of the countrys infrastructure and care of the poor.

Governance is about the poor in the society, using the state facilities to lift them from obscurity and giving them a good future.

The 22nd anniversary of Rhema Deliverance Mission was a huge success as Rhema faithfuls thronged the auditorium to appreciate Gods faithfulness and ideally, none came empty handed. Indeed Rhemites knows how to give and how to appreciate their God.