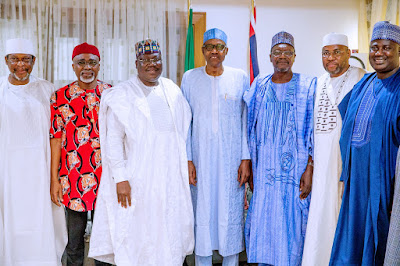 The Leadership of the Senate led by the President of the Senate, Ahmad Ibrahim Lawan, on Friday visited President Muhammadu Buhari in Daura, Katsina State.