My People Perish because they lack knowledge, and according to Deuteronomy 8:18 says I am your God who gives you knowledge to acquire wealth.
These are part of the Teachings by the servant of God, The Senior Pastor Grace Nation International aka Liberation City Dr Chris Okafor at the 7 Thursdays of unusual Spirit of God at the International Headquarters of the church in ojodu berger Lagos Nigeria. 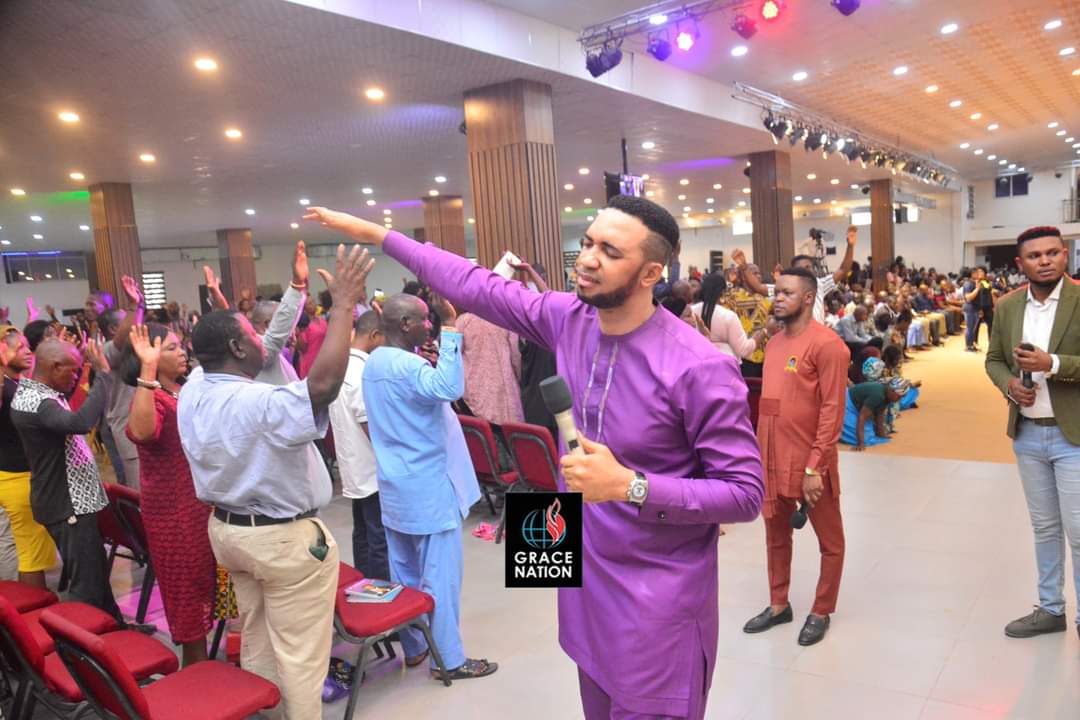 Teaching on the Topic, Dealing with Negative Altars and its effect on Lifes, the Generational Prophet of God Dr Chris Okafor said until you understand the basic principles of altars before you know how to deal with it, , The man of God said Generational altars move from one generation to another not minding the fact that, your Generation might not be aware or by part of the agreement, he said this are the reason why many people work hard but nothing to show for it, the apostle of altars affirmed that sometime it might be the arrangement of there forefather, although they are dead but the children are suffering from the consequences.

God will not pour money down for you to be rich but will give you instrument to make wealth when you understands the principles of altars and how it works
Dr Okafor also stated that, there is also a way to pray that meets prayer modern, that means, when you acquires knowledge on your prayer method in conjunction with sacrifice (Blood)on the altars, you deals with the root cause of Negative altars, by so doing your ways will be open to wealth

The man of God remarks that deliverance is good but after deliverance you must work out your deliverance by prayers and stay in the vineyard by this the devil will not pull you back, therefore the Negative altars is defeated

Meanwhile God uses his servant Dr Chris Okafor to delivered the lawful captive at the service, a woman projected with eye infection was delivered while family altars were destroyed through the spirit of God at the service, Miracle babies were giving to expectant mothers also a man of God who.was impacted upon few months ago by God through his Generational Prophet of God Dr Chris Okafor was at the service to testify how God has been using him to give prophecy and delivered people from the strongman in their family.